The denotation of physics

In today´s thinking and science, the words physical and material not only have the same connotation, but even more disturbingly, in people´s minds they also have the same denotation - both terms supposedly referring to matter, physicality, solidity, material... 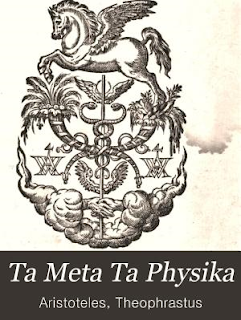 This is a severe case of language decay: the de-evolving of word meanings. Our modern language is packed with such decayed word meanings, but the perhaps most significant and tragic example is the one addressed in this blog entry.

The English words physics/ physical are derived from Greek ta phisika/ physika, which translates to "all things natural". The original Greek term does not mean all things material, but rather all things natural, a term that suggests inclusion of non-material things, i.e. things that are not directly perceivable by human senses. All material things are natural, but not all natural things are material, which shows that the modern meaning of physics has been greatly reduced when compared to the original denotation. What we today understand as physics are only the mental ruins of the original Greek ta phisika, which also included meta-physics. Any meta-physician would at the same time be a physician and vice versa. Meta-physics without a proper embedding into physics is like building a cathedral without having studied architecture. Talking about physics without expanding into meta-physics is like baking a cake with nothing on it.

Today, we are getting the meta-physics wrong (we confuse was is real and what is not real), and as logical conclusion, we are failing in ontology and also in cosmology. Epistemology is frequently confused with meta-physical topics. In Epistemology, reasoning is flexible, but Metaphysics require razor-sharp logic and true science. 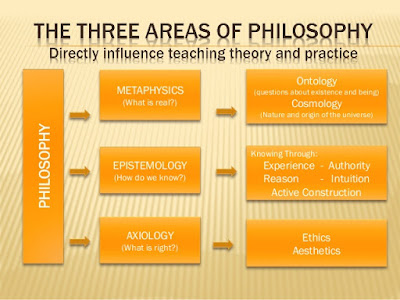 Here a short list of aspects of life, where this particular case of de-evolution of language has lead to an erroneous, limited understanding of the nature of reality - ta phisica: all things natural:

They have made light material...
...in the form of photons, general relativity and quantum theory. No human being has ever seen or will ever see a light photon, because they do not exist. Light has no material aspect to it. Is light physical in the true denotation of the word? Yes, because it is natural! Is light physical in the narrowed connotation of material? No, not in any perceivable way. General relativity necessitates the speed of light to be constant, with one photon bumping into the next, but this can be easily disproven. When light passes through different media, e.g. a glass of water, it slows down.....but coming out of the glass and water, it accelerates back to its previous speed? Well, how does light accelerate back to its speed instantaneously? Ask any modern pseudo physician to explain this to you, and you will see that they can´t explain it. This is because light is not material and it does not have a speed - it is rather a pertubation (disruption) of the ether and has a certain rate of induction, which adjusts to material barriers. (study Theoria Apostasis on Youtube, Ken Wheeler is the greatest genius of our time)

They have made god material...
...in the form of talking about what he does (e.g. Genesis), which shows that texts like the bible can be very misleading and dangerous, as they are too deeply veiled in allegory for the average person to understand. The modern god concept is an insane assumption if there was any. There is nothing in this world which would allow a backwards conclusion that the concept of a god as conscious being is correct in any way. God has not created man, man has created god. Ancient spiritual systems did not involve any gods, only forces of nature (e.g. neteru of Khemet). Forces of nature like Anubis or Osiris clearly belong into the realm of ta phisika - all things natural. Platonic Monism and Buddhism are correct in this instance, because they assume no god concept (in connection with a conscious being). But on Sod level exegesis, even the Abrahamic religions are correct, because the Christian god is Jupiter, Allah(t) is Venus and Yahweh is an elemental god, to make it really simple. These concepts clearly belong to ta phisika - all things natural.

Nevertheless, both atheists and materialists are just as wrong as the creationalists, because truth does not lie at either pole - truth lies at the center of the seeming dichotomy, because the very separation of science and religion is a fallacy, based on the de-evolving of words. Both sides are currently unable to apply logic, because they are caught in an artificial dichotomy. To believe something or not to believe something is the same, low mental platform. The task is to apply logic and to re-search and to know, not to believe. If we say that we don´t believe in something, we are just as limited as the one believing in it. 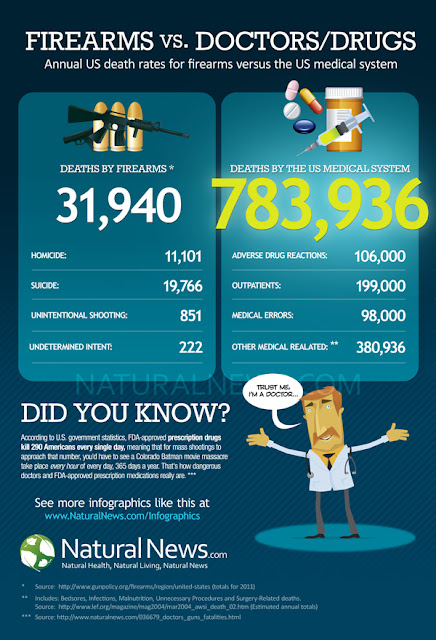 They have made doctors and medicine material...
....by even calling doctors physicians. No wonder, that medical doctors are the second highest cause of death, right after cancer. Today´s medicine is utterly unable to heal people, because it only focuses on material aspects of the body. Medical doctors for this reason are - unfortunately - amongst the biggest idiots of our time. The ones in the upper echelons, so-called opinion leaders, are exactly that, and not knowledge leaders, they are also more often than not money whores to big pharma. Peer reviewing and science based on mutual consent does not even deserve the title science! Our medical system is based on intellectual fascism. Doctors (latin teachers) should not even be allowed near patients, as long as they have not studied astrology and meta-physics. Medical doctors are dangerous to our health. 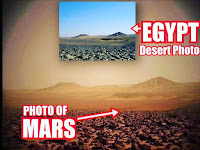 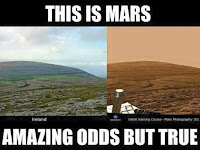 They have made heavenly bodies material...
...and tell us science fiction fairy tale stories about Mars robots, different universes, bent space and time, 12 Freemasons landing on the Moon (69) in June (69) 1969 (69). It is not possible to land on something that is not material. Neither the Sun nor the Moon are material objects, neither are the other wandering and fixed stars. NASA is nothing but a money-extracting freak show.

They have made the Ether material...
...because the original Greek word aer, as used in aerospace, and today used as English air, had the denotation of non-material Ether, not some connotation of supposed molecules making up that what we breath in within our athmosphere - athmos, another Greek term referring to the Ether. This modern misconception extends itself to breath meditations and other breathing exercises - these were not just referring to material air, but rather to the Ether, the spiritual basis of space and time. Ether is the source.

They have made power material...
...but nature proves in the form of magnetism that true power lies hidden. Power can never be seen in the open, it always acts from behind the scenes, think about magnetism, dielectrics.... The same is true for mundane or political power - what you are shown on television is a stage show with useful idiots. True power always lies hidden. The true power that lies hidden are the money changers, the bankers, the people who make decisions about the emission of money. Over the millennia, various cultures have been in the tight grip of these money changers, and on many, many occasions, countries have expelled them. They are the leeches who create nothing, the ones who have never cultivated agriculture or built a nation. They are the ones who control the mass media. They are the ones who finance wars and destroy countries. And... very importantly, you may not talk about them, because it is against the law! 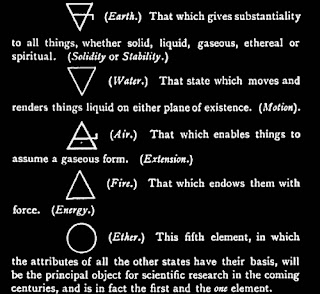 They have made the five elements material...
...ask any idiot modern astrologer and they will explain to you some material rubbish about the elements. The four elements are rather to be understood as dissipation of energy, extension of the mind (mene, mono, moon, Mond, mind), the principle of (e-) motion and the principle of solidity, the fifth element being the Ether, which is zero point, inertia, the Christ, whatever you wish to call it. These concepts do not have their origin in things purely material, they are based on meta-physics. 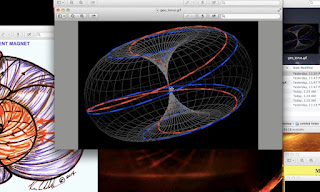 They have made evolution material...
...while evolution takes place on the level of the four elements. Material evolution is a fact, but anything that evolutes must also have involuted. We don´t ever witness nature producing something out of nothing. The zodiac explains involution in detail. Evolution´s etymology reveals that this term means that something is being unrolled. So simplest logic suggests that this something has also been rolled up. Spiritual involution precedes material evolution. Material evolution is one aspect, more importantly, there is mental and spiritual evolution over time, and this does not roll out in a linear or circular fashion, it rather evolves according to the form of the reciprocating, precessional hyperboloid torus field, which surrounds Earth. 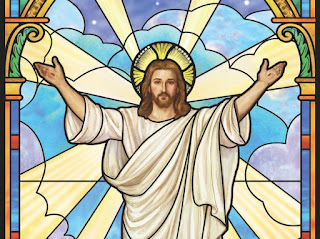 Guess who I am?

They have made sun worship material...
...because true sun worship does not concern the material sun, nor is it about getting a tan or taking in warmth and energy. Helio-gnostic wisdom addresses the spiritual aspects of the sun that lie beyond the material. True sun worship is not primarily concerned with the orb that you see in the sky. Ancient people have never been so narrow minded as to worship the material sun. This idea is so stupid that only modern ("fashionable") people could think this way. They are also dumm enough to assume that Jesus, Abraham and Mohammed were real men, so what more can we say? 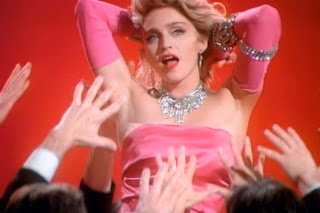 ﻿
"We are living in a material world, and I am a material girl!"
Madonna
Eingestellt von Barca de Luna um 02:10 Kommentare: