Let me start this blog with a fairly popular symbol, which should (unfortunately) be known to almost everyone on this planet. However simple it may seem, it actually reveals a deeper meaning, for those with eyes to see! 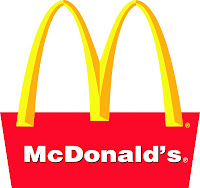 What you see in this logo, is a play on the zodiac sign Aries (which due to its energetic nature is quite popular amongst global corporations, once you start noticing it). The difference to the Aries sign is, is that the middle pillar is shorter than the outside pillars, which has the deeper meaning of taking away the emphasis from the middle pillar and gives emphasis to the opposing duality (conflict).

Next we note, that the seeming letter "M" is colored in bright yellow, emphasizing and confirming the solar nature of this symbol. Those familiar with astrology will be aware that Aries is ruled by the "red planet", planet Mars, which in Greek/ Roman mythology is characterized as the god of war. The red coloring of the logo underlines this message. 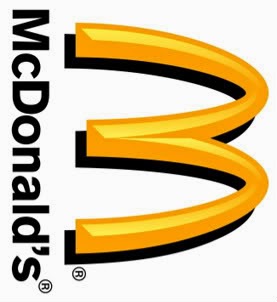 The zodiacal nature of the logo is confirmed by turning the entire logo 90 degrees clockwise (see above) - the red block becomes a 1 and the yellow M becomes a 3 - giving us number 13, which, if you are initiated into numerical systems, spiritual astrology and the sacred Tarot or other divination systems, signifies Aries. Aries is the 1st sign and also the 13th sign of the zodiac wheel and in the context of being the 13th sign, it stands for destruction of the old system of 12, and a new cycle. It corresponds to vedic Brahma as 1st sign and to vedic Shiva, the destroyer, as 13th sign.

All this tells us that this particular enterprise is somehow involved in some kind of warfare, in other words, it is somehow part of the U.S. military industrial complex. Whenever a country is "liberated" (e.g. destroyed), almost the first thing that happens is that a clown-food-shop opens up (research this in the case of Iraq and you will see that this is true). If you do some deeper research, you will see that McD also finances round table groups who are involved in the preparation of wars, such as the AYM (see logo below). Other seemingly "harmless" corporations who also do this are for example MTV, CNBC, Edelman, Pepsi, Facebook, etc. Why do they do this? Answer: to open a new market for their garbage products. Secondly, chemical food poisoning is a war-like agenda in our times, as shareholders of food and drug companies are the same. One business supplies the customers of the other business. 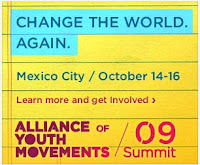 At a deeper level, we note that the three pillars are masonic/ caballistic symbols and the golden arch (Royal Arch). Not really surprisingly, the three pillars point towards the letters M on the left, S on the right and ONA in the middle, which is an anagram for the word MASON (khemet. messen). The simple explanation for this is that in our time today masonic temples and lodges have decayed into business clubs. And you ain´t in it, even if you are member in some country side lodge! Note how the middle pillar is shorter than the two on the outside. The symbology is actually something entirely positive and enlightening...event though most people meet it with skepticism, as they do not understand it. Just because a bad person reads a certain book, the book must not be condemned, think about it.

Anyone doing some basic research on their own will also find out that McD is highly toxic for the human body and leads to modern "dis-eases" (dis-ease always comes from inside the body), which will then increase turnover of big pharma, enabling them to sell their toxic, useless chemical molecules to you, which perpetuate your illness and lead to a shorter life and dementia, mental decay. This "food" has been scientifically designed to achieve this. Do some deeper research and you will discover that there is also a ritual component in the chosen ingredients, as practically McD feeds its customers DNA/ body parts of human fetuses, disguised as "flavouring". Furthermore, it has been experimentally proven (check out home videos on Youtube) that for instance the "french fries" can not be organic food. They do not show any signs of decay, even after 12 months. Concerning the "meat" that is served, I think one needs a lot of phantasy to even remotely figure out, what this really consist of. One thing you can be sure of: this "food" goes way beyond making you sick, it is designed to gradually alter DNA.

War, Aries, blood, DNA. How should society deal with this kind of deliberate attack disguised as a friendly clown? Simple: dont eat it. Make others aware. Educate your children. Be responsible. It is your world and your body temple...metaphysically, there is no value in protesting against something, as you inevitably resonate with it. An anti-war protest supports war.....a peace movement supports peace..! This is why it was hijacked in the late sixties and converted into a psychadelic ego-trip. 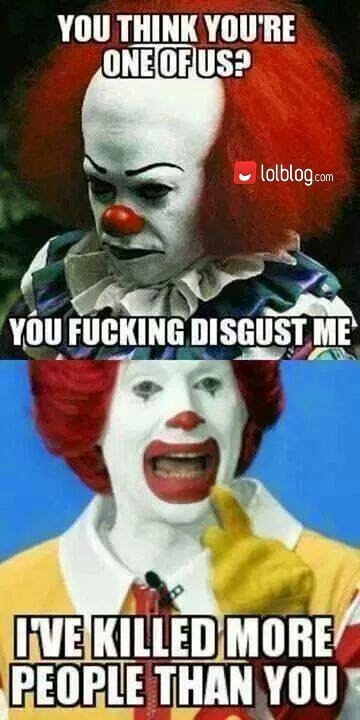 One last comment concerning the clown figure - in occultism a clown is always a representation of evil forces. I am not talking about a jester or fool - I am referring clearly to the concept of a clown, a figure with a painted smile. Stephen King picked up on this in "it". 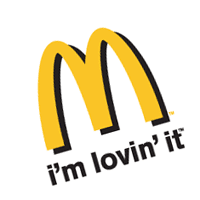 The slogan of McDonalds actually contains the same "it". The evil "it" refers to your subconscious, which of course is not evil at all  - but there are some forces out there who wish you to think that it is evil!

The Masonic philosophy of rulership goes a little like this: "if you are too stupid to inform yourself or too lazy to cook your own food, you are an animal and can be killed or made sick to make some money."

this is a twisted understanding of human-made higher law (which is actually NOT human made, as I will show in my blog)